In our hyperbaric oxygen chamber, air pressure is increased to approximately two to three times normal atmospheric air pressure. Under these conditions, your horse’s tissues have much higher oxygen levels than would be possible if he was breathing pure oxygen at normal air pressure. 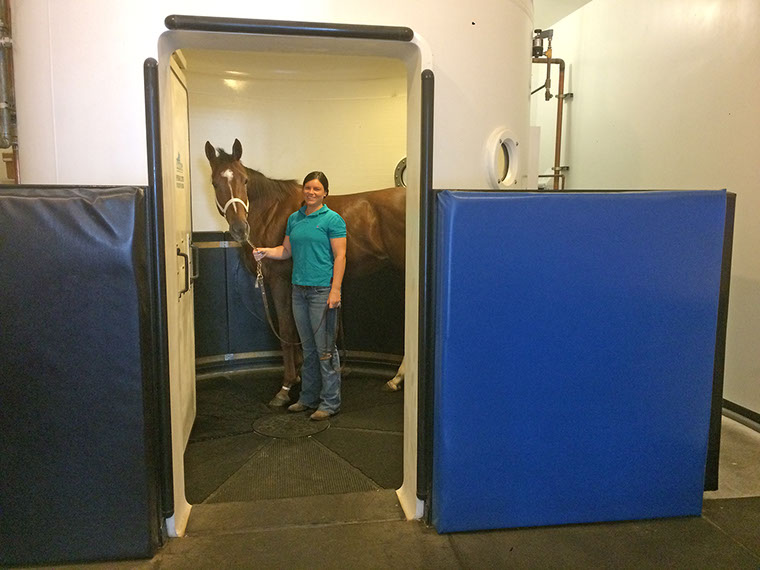 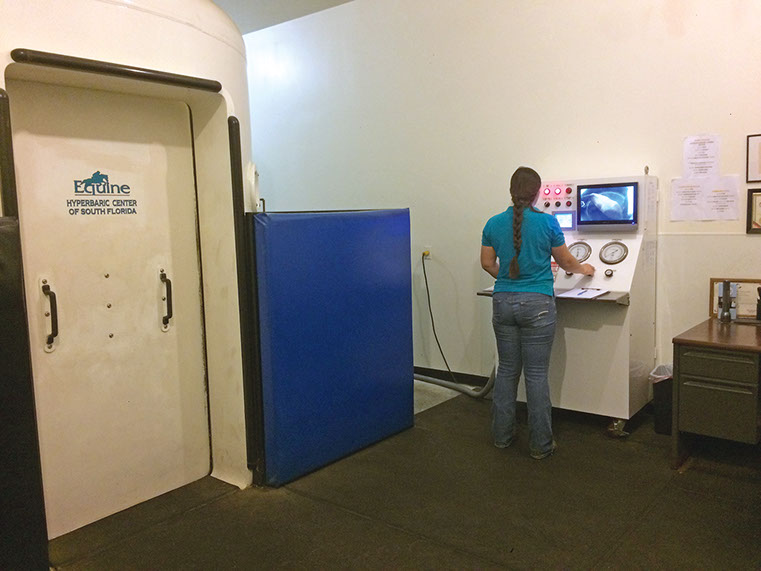 Understanding how HBOT works requires a short physics lesson. Normal atmospheric pressure exerts approximately 14.7 pounds per square inch (psi), or 760 millimeters of mercury (mmHg), on our skin and on the air that we breathe. This atmospheric air is approximately 79% nitrogen and 21% oxygen, resulting in an oxygen pressure of about 160 mmHg.

Dalton’s law states that the component gas exerts a pressure equivalent to its percentage in the composition of the mixture. HBOT is explained in terms of atmospheres absolute (ATA). Normal atmospheric pressure is equal to 1 ATA.

Normal oxygen delivery in your horse’s body is dependent on:

Increasing the inspired oxygen cannot improve delivery by hemoglobin. Breathing 100% oxygen at normal atmospheric pressure will only increase the amount of oxygen dissolved in the plasma by a small amount.

The atmosphere and the mitochondria in the cells create a complex oxygen transport system that loses pO2 in transit. This succession of diminishing pO2 is called the oxygen cascade. The oxygen cascade creates a successive decrease in the partial pressure of oxygen as blood flow leaves the lungs and progresses to the cellular level.  Capillary pO2 is less than 50 mmHg. This is reduced further at the intracellular level.